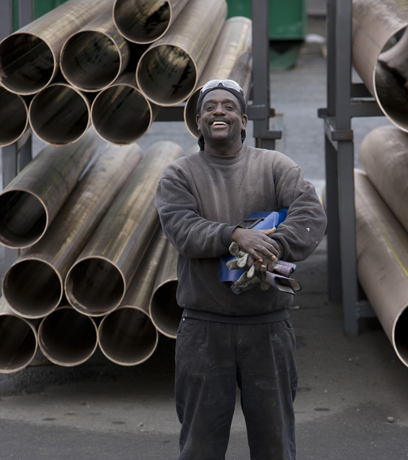 Critical to SJI’s work is gaining a better understanding of the low-income and low-skill individuals and communities we are seeking to impact — who they are, their current levels of skills, education, employment and wages, and how they are being impacted by changes in the economy and labor market. We seek further to understand the individual barriers they face that make it difficult to advance out of poverty.  We seek to describe, raise awareness of and offer solutions for the critical need of these individuals for greater skills and education leading to better career opportunities.

In 2011, SJI launched its Beyond the Headlines briefs. These delve deeper into the latest reports on the economy, labor market, education, and training — and what they mean for low-skill individuals.

The latest edition of Beyond the Headlines looks at how the use of information communication technology has increased in virtually all jobs over the last 20 years. This digitalization of the workplace means that even the most basic work functions require some level of digital literacy. View online: Essential Employability Skills: Digital Literacy, March 2020

Seattle has experienced exceptional prosperity over the past few years. This prosperity has benefited the city in many ways. However, it has also resulted in growing inequality, gentrification, and homelessness. Between 2012 and 2015, Seattle reported a 9% increase in the number of individuals living below poverty and a 14% increase in the number living in deep poverty. Seattle is an outlier in these figures when compared to Denver, San Francisco, and the United States as a whole.

How Poverty and Cognitive Biases Can Impact Decisions and Actions: Using Research from Behavioral Economics and Psychology to Improve Workforce Development Systems, July 2015

SJI’s latest research explains the latest thinking on how peoples’ decisions and actions are influenced by poverty, and outlines research-driven strategies that workforce providers can use to respond, including: